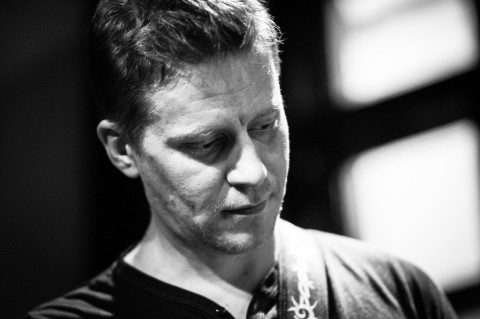 It just so happened that I was born at Epiphany frosts, 1979 in the village of Pyaozero, located in the northern part of the Soviet Republic of Karelia, to an ordinary Soviet family consisting of a master seamstress for the timber industry and a master for the top of men’s clothing. My first musical memories – a duo of my parents – my father on the guitar, my mother singing. This usually happened when guests gathered in the house. My first personal experiences were musical and theatrical performances with my older sister: she had studied the piano, and I was five years old. These shows were rehearsed when the parents went to visit friends or to the movies, and we waited for them to return and prepared a surprise. At the same time were the first children’s poems. Musical memories of that time – Pugacheva, Leshchenko and “The Nutcracker” by Tchaikovsky.

In the summer of 1986, our family moved to the city of Ust-Ilimsk in Irkutsk located on the Angara River which flows out of Lake Baikal. In the first year of our stay there a neighbor guy borrowed “for a week” my father’s guitar and it broke under unknown circumstances. No longer did this instrument make a sound in our house. Finally, when i was twelve, this guy brought us a guitar, a different one of course, but he finally returned it!
Thus begins this life long passion. My first teacher was my father and he showed me the simple chords, “fight” and “bust”. Practice took place in the stairwell, cellar or in the courtyard. Siberia-mother … By the way, there I have not written a single poem, but was (like other Soviet children) an Octobrist, Pioneer and eventually saw the collapse of the USSR. Music, which I associate with this time were groups such as “Cinema (KINO)”, “Lubey”, “Tender May (Laskoviy Mai)”, “Modern Talking”, “Depeche Mode” – these groups were more likely the result of the listenings of my older sister and from the apartments of the fathers of all my acquaintances.

In the summer of 1993, we returned to Petrozavodsk in the Republic of Karelia. I was shocked on how developed and diverse the musical tastes of my new classmates were. There was mania for groups like “Cinema (KINO)” and “ALISO”, heavy metal-heads, punkers, rappers, breakdancers, etc. etc… I began to listen to everything, but when I got to “METALLICA”, I stopped yelling with friends “civil defense” and decided to learn to play just as cool. When he heard my new interest, my Roma neighbor gave me my first electric guitar – it was some kind of “Bulgarian” guitar with a bunch of toggles and switches. With like-minded people, we formed a band and rehearsed in the local factory “Vanguard” – literally in the closet of an active assembly hall. We did not have lotions and we overloaded our guitars “gain setting” at the entrance to the mixer. I performed the first concert of my life at the same factory! Once, on the television program “JAM”, I saw guitarist Steve Vai and this blew my mind. Then later came Joe Satriani and Steve Morse, etc.

Then came 1996. Realizing that I didn’t want to do anything except make music, I independently prepared myself and entered Petrozavodsk musical school in the pop department. On this occasion, my mother gave me a good classical guitar. This is when it became serious – classical and electric guitar, ensembles, musical notes, scores and more .. It was a time of continuous study and of an infinite musical marathon. It instilled in me a love of jazz and academic music. It was there that I discovered the John McLaughlin Trio, other Russian and Soviet composers, the basics of composition and the love of improvisation.
Despite the fact that in my free time I only listened to “branded” music and played rock, an old friend, interested in folklore, offered me to play music in an open elite restaurant. For a student and a resident of “the ghetto”, it was a cool option. For a third player, we invited Arkady Sokolov – so began the band “REEL”, Sergei Shelyapin joined soon, and later became known as “Va-Ta-Ga.” In the beginning, we played Irish and Scandinavian music, but later plunged into traditional music of the Russian north and also stopped playing in the restaurant.
After college, instead of continuing my studies or going to work, I decided to completely focus on the band. In 2001, we published our first album “Strange People”. The band started its “take-off” – festivals, tours, two more albums, director, sound engineer. But in 2006, quite unexpectedly, the group split up. Years of hard work were shattered. I was left with nothing – no education, no job, no experience and an empty feeling.

Asketics. The Club. The Conservatory

That’s when the story of “Asketics” begins, which is described in detail in another article ((reference section)), and continues to this day. Perhaps because of fear of only participating in one group and suddenly losing it all in one moment, I engaged in a number of musical projects, such as “RITMsekta”- all of these can be found in the references section. Also, there were several commercial projects, since playing music alone doesn’t pay all the bills – we established a production center “ZVUKareliya”, a public organization “The best example of good”, were co-founders of the underground clubs in Petrozavodsk – “Piston” and “Factory” – and have now built a new club (Ubezhitse). I entered and graduated from the Conservatory, beginning in the pop department and then transferring to the Finno-Ugric where I studied our traditional music – which I do not regret at all. I have a wonderful family and two children – a son and a daughter.