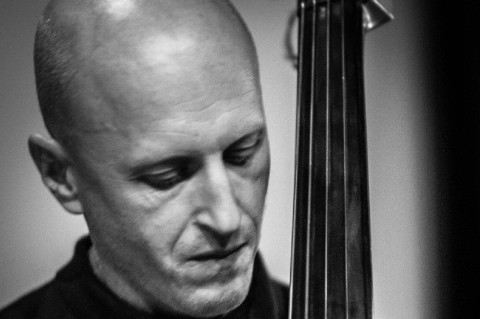 I was born in the Northern region of Arkhangelsk on June 23, 1974. There were no musicians in the family, but, being in love with a girl from my group in kindergarten that her parents sent to a music school, persuaded my parents to send me there too ..) So I became a young violinist full of promise.
In 1989, after graduating from music school and 8th grade general education, I entered the Arkhangelsk Musical College where I studied violin in a fun and hectic time.
I studied for 2 courses and after an accidental, unlucky and unsuccessful street fight in which I was injured in a complicated fracture, with the result that it was necessary to transfer to bass class. When I was in the 4th year, in 1993, the first Chechen conflict began, and I joined the army, where I served at the Plesetsk cosmodrome at the airport ((In Chechnya?)). Nothing much was happening during this period, musically, except perhaps for songs played on the guitar and for an Air Force Day Concert which was performed on a broken drum set and Ural guitars with my colleagues.
I thought that i was done with music. The music was not thinking of coming back …!) But out of despair, and not without the help of good friends, after the army, I decided to finish my musical studies, and in 1996, entered the AK Glazunov Petrozavodsk State Conservatory.

At the conservatory on the border of the millennium, I became acquainted with remarkable and fateful people in my musical life. These were Alexey Derevlёv, Arkadiy Sokolov, Alexander Leonov, and Olga Gaydamak. They invited me into the interesting art-folk Reel Project (later Va-Ta-Ga).
The results of this project started to develop rapidly and led to much concert activity at home and abroad. In 2006-2007 due to creative differences project Va-Ta-Ga took a “time-out vacation”, while at the same time, I had a parallel folk side project «Olemba» where I tried out not only being a bass player, but a bass guitarist.
After we recorded and released our first album, we got second place in the qualifying round for the Eurovision small nations in Sweden led to the brainchild in the priorities of the new project with my old and faithful friends and colleagues Arkadiy Sokolov and Alexei Derevlёv.
Thus began and continues still to develop our exciting and not just a standard musical project, the experimental “Asketics” which mostly play on Power Plant (electric upright bass), but sometimes also uses the bass guitar and the classical contrabass.